About the Goldfields Apartments 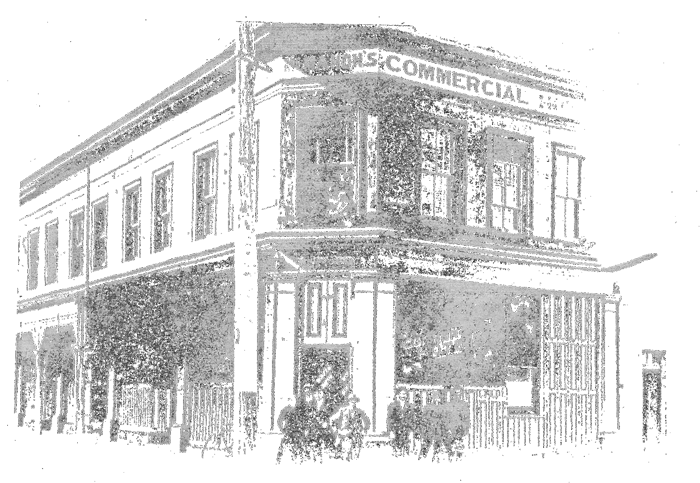 The site of the current building was originally a ‘Sly Grog’ tent on the main track from Melbourne into Forest Creek (the original name of Castlemaine). It is believed it was set up in 1851 and was quickly replaced by a more substantial (and respectable) slab bark hut that was replaced within 18 months by entrepreneurs with larger horizons.

The present building was constructed in stages between 1854 and 1858 as a corner hotel and 3 separate shops with living accommodation over. It was originally known as Butterworth’s building as the two Butterworth bothers were local personalities  investors and generally active in business in the town. The first tenant of the hotel was a Mr McMahon who named it ‘McMahon’s Commercial hotel’.  Later the name was  abbreviated to The Commercial  and finally in 2011 to The Comma.

In the 1890’s a recession hit the area as the initial gold mining activity ebbed away and the shops were gradually absorbed into an expansion of the hotel that finally by 1900 occupied the whole ground floor. Subsequent alterations to the first floor incorporated the rooms as part of the accommodation the hotel offered. The hotel was a regular stopping haunt for commercial travellers, SP bookmakers, quack doctors and medicine pedlars, horse traders and even judges completing their court circuits.

The rear yard of the hotel was also used as a ‘change station’ for the horses that pulled the Melbourne coach and this activity provided the thirsty travellers that fuelled the pub’s business.

It was built in classic Victorian style with high ceilings, substantial thick double-brick walls and solid timber floors. It has remained in good condition helped by the relatively dry climate of this area.

The exterior façade was renovated to its original condition in August 2018 and preserves the vintage simplicity of early 19th century building proportions. The apartments are architect-designed to compliment the character of the building whilst providing light filled spaces and modern facilities with views to the eastern ridges and the Burke & Wills memorial. 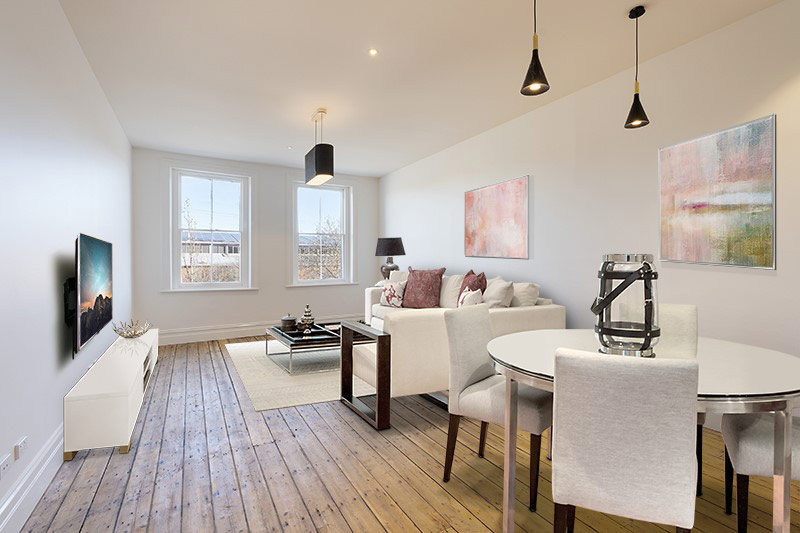 Stage 2  comprises the building of 3 residential units on 3 split levels over the existing ground floor incorporating a small extension at the rear.

This is the current stage and offers are invited for these 3 apartments.

The next part of stage 2 is the release of apartment 5, located on the corner of Hargraves and Forest streets. This unit is larger containing 3 bedrooms, two bathrooms, study and spectacular rooftop terrace/garden. Completion is scheduled for September 2022. This stage also includes the completion of the entrance lobby.

The 5 apartments preserve the classic features of the Victorian era including the high ceilings, elegant two metre tall sash windows and well proportioned spaces. Extra space is created by extending at the rear of the existing building on two levels that will include an entry porch on the first floor and a master bedroom on the second floor. Each unit has a balcony or patio looking East and the corner unit has a rooftop sundeck with views South West over the local park.

The developers intend to build a final stage containing one more residential apartment and ground floor commercial premises on three levels commencing in 2022. This stage will be built on adjoining land that was occupied by a drive-in bottle shop until 2020. Two courtyards will be created between the buildings and a first floor terrace garden will provide privacy and relaxation for residents separate from the commercial activities. A lift will be included in stage 3 providing access to all 5 apartments.

This last stage completes the vision of a ‘residents’ precinct’ for this prominent corner and will add to the amenities of the town at this high profile intersection.

Why not arrange an appointment to view the apartments?
Get in Touch